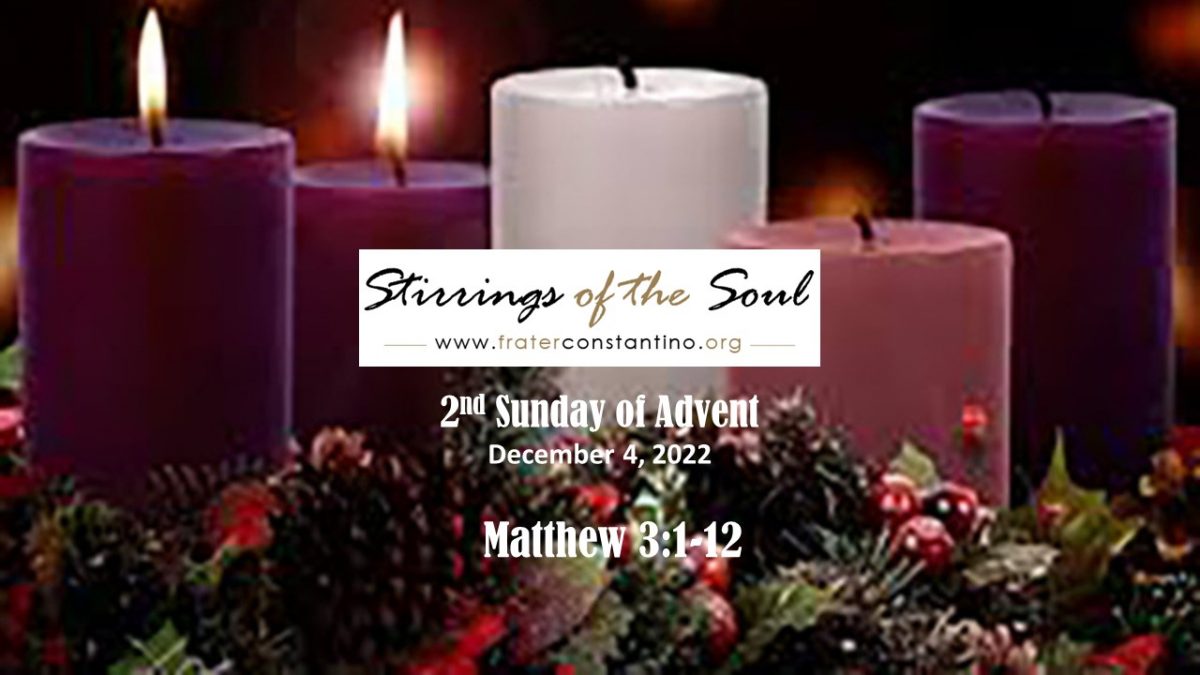 A. Text and Context
• As the gospel says John seems to suddenly just appear in the scene from out of nowhere and wearing some kind of a weird clothing – clothing made out of the hair of a camel with a leather belt and even eating locusts and honey for food
• The image of John does not sit well with the norms of civilization. It is difficult to understand John with this kind of image so we have to go back a little of his background
• In the religion of the Jews there are four major groups:
1. Pharisees- they are the interpreters of the law
2. Sadducees- they belong to the priestly clan responsible in the operation of the temple
3. Essenes- this is a community of people living in the desert who separated themselves from the mainstream Judaism because they want to live the purity of their religion
4. Zealots- they are the rebels, the revolutionaries of their time discontented of the existing laws and policies of their religion
• You don’t need to memorize them anyway but John comes from the community of the Essenes who live in the desert, faithfully following the tenets of Judaism. He belongs to a conservative family, living a life of prayer, sacrifice, penance and mortification
• The Essenes are very ascetic people, so rigid in living their lives as they wait for the Messiah as everybody does
• That is why John is presented like that as if someone coming out from a cave from an uncivilized world because the Essenes are like hermits living in the desert
• John is the forerunner of the Messiah or the precursor, an advanced party of the Lord
• And some would even acknowledge him as the Messiah because he preaches about the kingdom of God, penance, prayer fasting, conversion
• In fact, people have mistaken him as the Messiah. But the ones knowledgeable on the Scriptures know that he is not
• They understand that the Messiah will soon come after him and definitely he will not be John
• So, John enjoys a status of high regard and respect in the Jewish society
• And now for quite a long period of time the Israelites carry some kind of a moral guilt because of the sins that they commit and there is a need to unburden that guilt to prepare for the coming of the Lord
• And so, when John began to preach about repentance because the kingdom is at hand, a lot of people from all over the land came to be baptized in the Jordan River to prepare themselves for the coming of the Messiah
• And so, John baptized with water but said that the one who comes after me will baptize you with the Holy Spirit and fire
• Many people get themselves baptized and this includes the Pharisees and the Sadducees
• But John said to them you vipers, you need to produce first good fruits as evidence of your repentance
• John warned them that the tree that does not bear fruit will be cut down and thrown into the fire

B. Human Situation
• Of course, we heard of sporadic apparitions of the Virgin Mary. In this century Mary has been appearing in many parts of the world including the Philippines to remind us to repent of our sins: Fatima. Lourdes, Akita, Medjugorje, La Sallette, in Agoo, La Union etc. She brings the same message of conversion that John preached
• Prophets are sent by God in many different periods to remind us to return back to God and to warn us of his 2nd coming so we can prepare
• We cannot stop God to send prophets that we do not even recognize
• All the teachings of love, forgiveness, repentance, reconciliation is already left to us
• What is mentioned in the 2nd reading to the Romans? Whatever was written previously was written for our instruction so that we will all have hope for salvation
• And the same message of salvation, love, forgiveness, repentance, reconciliation, conversion is preached in the homilies and sermons from the pulpits of the Church over and over again for more than 2,000 years now to continue to remind us to prepare ourselves always in the event that Jesus will come anytime
• Nobody will come anymore to warn us and even if there will be we will never believe
• But still, the final judgment will come no matter how remote it is that it will come as we think of it today
• But when the Lord comes, as mentioned in the 1st reading, he will strike the ruthless with his rod, he shall slay the wicked
• And after that, the wolf will become tame and becomes the guest of the lamb and even the baby shall play by the cobra’s den
• The once ferocious animals will become so tame. The sign that the kingdom of God is already in its fullness.

C. Challenge
• The challenge is the call of preparedness, the call of readiness anytime. We must always be ready for the final judgment because anytime the Lord will arrive at our very doorstep wherever we are
• The season of Advent is the season of penance. We must not postpone repentance anymore. We must start to unburden the guilt we carry because of our wrongdoings right
• We ask forgiveness to all the people whom we have wronged with. Ask forgiveness to those whom we hurt and offended
• We also grant forgiveness to those who offended us and even still, grant forgiveness even if the person who hurt you did not even ask for it and there you will find joy
• If we do that we would not even worry of the final accounting on the last days
• If we do good work already, continue doing that and make it better
• If we haven’t done anything good yet then, start now
• If we do naughty things, stop, and rethink of the values that Jesus has left us
• If we do nothing to straighten up our life now through repentance and tomorrow will be the day of judgment, everything will be late and we will only have regrets
• The truth is that the period of God’s mercy will also end, and when such time comes, it will now be the period of justice and we can no longer make restitutions for our faults. Everything will be too late