Luke 2:16-21 Solemnity of Mary, Mother of God January 1, 2023 Mary kept all these things, reflecting on them in her heart 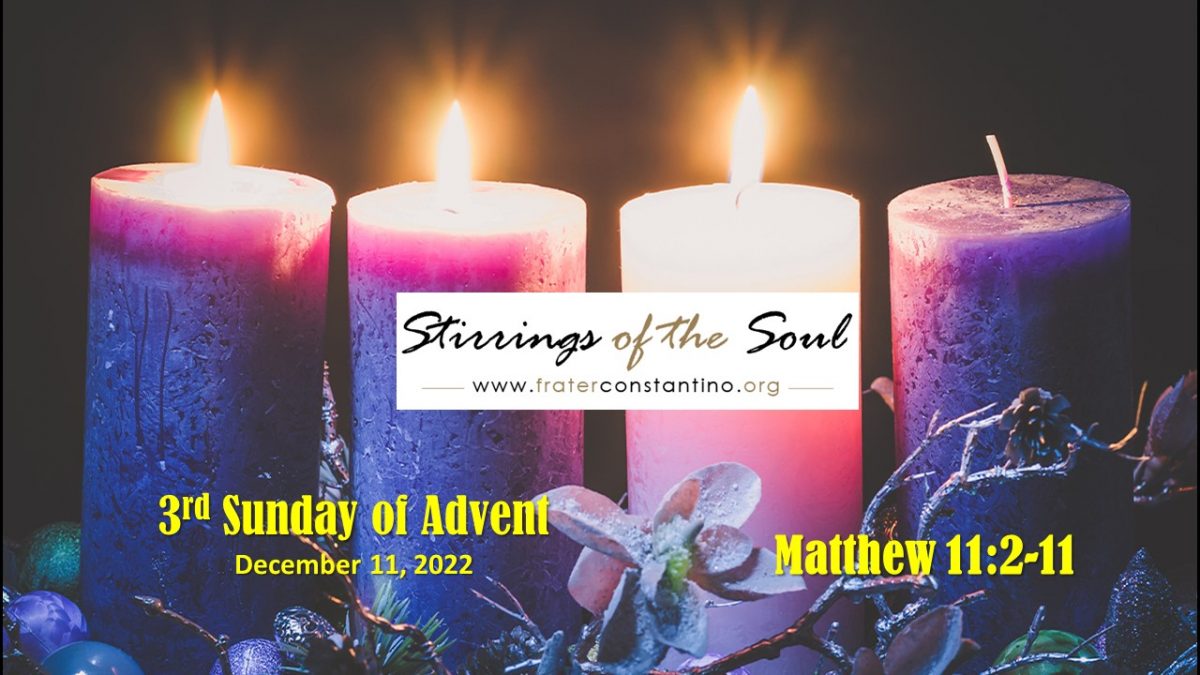 A. Text/Context
• Now at this period of time, John the Baptist who is so hated by King Herod is now imprisoned
• And now while John is incarcerated in prison John already heard so many good things that Jesus did, many miracles, healing, exorcism, etc.
• Nagpadala si Jesus ug mensahero. Pangutan-a siya kon kinsa siya. And Jesus gave the answer to the messenger of John
• Tell John that the blind can see, the deaf can hear, the lame can walk, the dumb can talk, the possessed is freed, the dead is risen
• When John have heard this confirmed coming from Jesus himself he is already sure that Jesus is the Messiah
• And so John is ready to die all prepared for the execution through the guillotine because his role of salvation preparing for the way of the Lord is already finished

B. Human Situation
• When John was sure that Jesus is the Messiah he started to distance himself and so the limelight is now focused on Jesus
• And in humility, since John already know that Jesus is the Messiah he is now ready to exit
• We have a saying that goes like this: “you must increase, I must decrease” and this is actually giving a way, giving a chance to others
• You are now old, you give your position to the young for a peaceful transition
• If they only follow the virtue of John’s humility to accept that somebody is greater than he there wouldn’t be problems in transition
• For God’s sake, we are not the only ones who are good. So many people ahead of us are even better than us. We must give way for them
• Because if you do the same thing over and over again, you will just maintain the status quo you apply the same strategies again and again and so you are already losing your creativity. When you lose creativity, you need to reinvent yourself
• John the Baptist did it, he is now ready to fade and made a graceful exit

C. Challenge
• This is the challenge that the gospel brings us today, we have to know and master our roles in the mission that God has entrusted to us
• Similar to what we are dealing with now in the JTM mission. We are dealing with a difficult situation
• Why? Because we are not mainstream. We don’t have the approval or the recognition of the Church. But if the grace of God is there, everything will be fine
• Can you ever imagine that all the Crusade Prayers, the Litanies and other prayers are all given by the Father in heaven, and Jesus and the BVM? More than 170 crusade prayers including other prayers. Where in the world can you find that all the prayers are written in heaven? Only in JTM
• Jesus has only taught 1 prayer in the Scriptures and that’s the Our Father. No more
• That is why today we are already exploding with spirituality because many of the secrets of the Book of Revelation is already revealed, clarified in colorful details. It has never happened before in the history of the Church
• That will simply tell us that the 2nd Advent of our Lord, the 2nd coming of our Lord is already at hand
• In the 1st advent of our Lord, John the Baptist was sent to prepare the way of our Lord
• In the 2nd advent of our Lord, you know in my prayers and reflection, we in the JTM are sent to prepare the way of the Lord for the 2nd coming
• We will be bombarded with criticisms, we are questioned with legality, we are questioned with authenticity, we are accused of fanaticism, occultism, etc.
• Forget about them. Why? Because the time for waiting is so precious. We cannot afford to waste time
• We wait for the approval when there is not even an official investigation or inquiry at present; it will be too late. The loss of souls is already tremendous 2 billion lost souls!
• And according to the prophecy in the 1st reading the people waited for the Lord with joyful spirit as he comes to visit them because they will return to their homes from their exile. It’s a homecoming
• The joy of waiting increases in intensity as what the pink candle symbolizes. We must not replace the joy we feel by the many little problems in the missions that we carry
• It is in the gloom of sadness, frustration, and in getting so disillusioned that we give in to temptations. Kay ang tawong naa sa kagul-anan dali ra siyang madala sa mga tentasyon
• And there, if we give in to temptations, we let loose of the animal in us. Horrendous crimes and horrible sins are committed driving us to a life of wretchedness, abandon and desolation
• If all of us Christian still find joy in spite of all the problems we carry, know for sure that the devil is already defeated
• I believe we are already in the end times as prophesied in the book of Isaiah and we are waiting for the Lord
• The Jewish people were exiled all over the world and 6 million Jews died in the gas chambers under the dictator Adolf Hitler
• But in 1948 the United Nations created the nation Israel and they return home coming from the different countries of the world including the Philippines
• There will not be a single Jew who will live in other countries by the time Jesus will arrive for the 2nd coming
• During the 2nd world war, nanguli ang mga Judio sa bag-ong nasud sa Israel. Gihatagan sila ug nasud for the homecoming
• One of the signs that Jesus is about to come: when the Jews will return to their own country because they do not have their own land for hundreds of years
• Mao gihapon kanato, giandam kita kay ihatag pud kanato sa pagbalik ni Jesus ang yuta nga wala pa gyud nato ma-enjoy kay nakasala man ang atong unang mga ginikanan
• Ato na kanang maangkon mao nga kita giandam dili lang alang sa atong mga kaugalingon kondili apil na ang tanang tawo sa kalibotan kay kuhaon na sa Ginoo pagbalik kon unsa ang iyang gimugna nga susama sa iyang nawong (Gen 1:26) Unya miingon na usab ang Dios, “Buhaton nato ang tawo sama sa atong dagway
• We are living in very exciting times. The signs of the times are all pointing to the many prophecies already fulfilled
• So, the pink candle is very significant on this 3rd Sunday of Advent kay nagsagol ang atong kalipay nga umaabot na ang Ginoo ug naa usay kahadlok o kabalaka kay taliabot pa man gyud basin kulang pa ang atong pagpangandam
• Mao ra na ang atong himoon, mag-andam kita nga unta mapuno ang atong mga kamot sa buhat nga maayo kay mao kana ang atong ipakita sa Ginoo