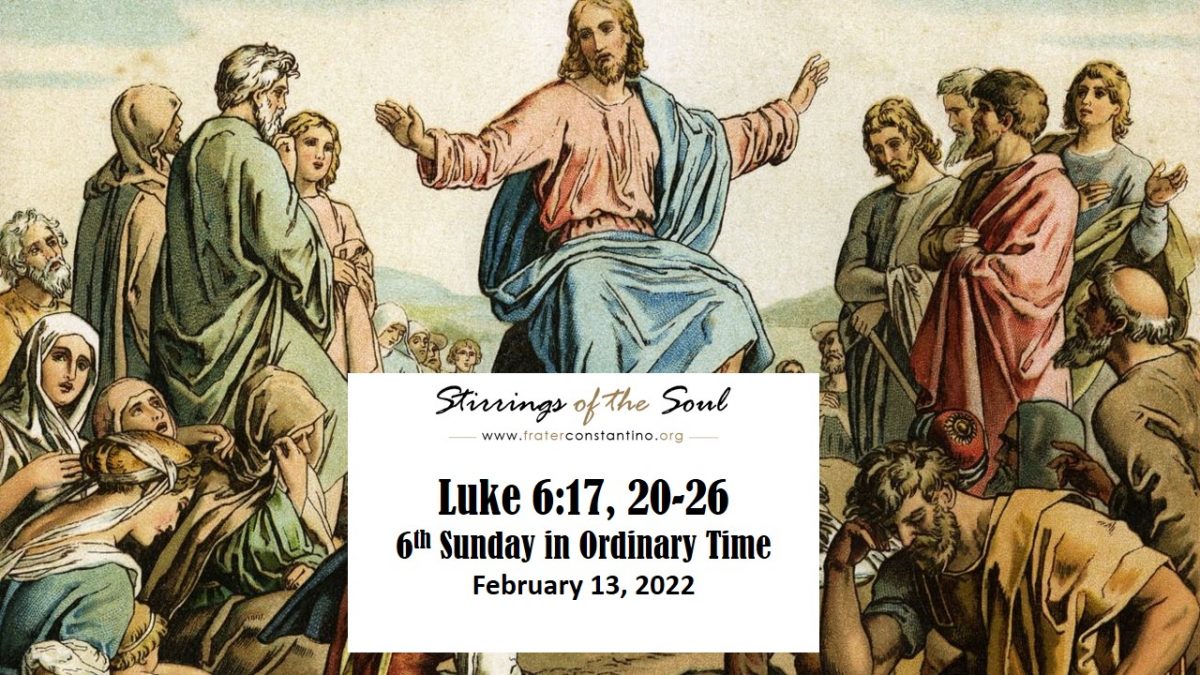 A. Text/Context
• Many bible scholars agree that the Beatitudes is one of the most beautiful sermons that Jesus ever gave to the people
• The Beatitudes is also known as the Sermon on the Mount or the Sermon on the Plain
• Now why do they think that the sermon is beautiful? Let us know first what is the literal meaning of the Beatitudes
• Beatitudes means blessedness or happiness. Beautiful in the sense that the Beatitudes become the way to blessedness or happiness
• Blessed are the poor – KOG is yours. Hungry – satisfied. Weeping – laughter. Hated and insulted – your reward will be great in heaven
• Now the reality is that it is not a blessing to be poor when you have nothing to eat and your stomach grinds of hunger and starvation
• It is not a blessing that you weep in sadness and sorrow crying in torrents of tears for all the wretchedness and misfortunes of life
• It is not a blessing to be hated and insulted and humiliated in public and all your human, social and civil rights are denied from you. Definitely, it is not a blessing, it is rather a curse
• If we will not analyze carefully, the meaning of the beatitudes we will simply fall into a trap that all the bad things happening in this world are simply authored by God so that we will all have to suffer because it is beautiful so that we will all go to heaven
• This is the irony of the Beatitudes. The blessedness or the happiness of poverty or hunger comes afterwards not now
• It comes after you have spent many nights thinking of a solution to your problem
• It comes after a long period of sacrifice because you want something good to come out in a bad situation
• The beatitudes is a proclamation of hope for the future. Jesus does not want the people to be hopeless and disillusioned because of their poverty. In other words, it is a consolation from the Lord himself that all the bad things occurring are not in vain after all
• Under the Roman empire, the Jews are heavily taxed and so many people are suffering, so many are sick hungry and despairing
• The reason why people follow Jesus is, so they can listen to his proclamations of hope, so that the sick in their family will be healed and perhaps if there is a bonanza of a free food they can avail of it similar to what happened in the multiplication of the loaves
• So Jesus gave this beatitudes or the Sermon on the Plain or the Sermon on the Mount to the people who are following him who are desperate of the hardships of life

B. Human Situation
• For example I remember our neighbor in Davao many years ago early in the morning going to school kusog kaayo ang hilak samtang naghulat ug sakyanan
• Gipangutana sa akong Mama nganong gahilak man ka? Sus kay mag-exam na diay sila wala pa mabayri ang tuition so wala siya’y permit walay bawon walay pamasahe pero naka uniform kay moeskwela
• And of course my beloved mother gitagaan ug bawon ug pamasahe, so giistorya ni Mama ang inahan and the nanay sa estudyante niingon diay nga mag-promissory sa kay wala pa silay kwarta
• Siyempre di man pud ni kaayo masabtan sa bata kay ang iyang huna-huna kinahanglang makakuha na gyud ug exams labot pa pirme na pud siya mag-promissory kada exams
• Magsige pud ug maymay ang nanay nga pag-agwanta lang anak kay nag-eskwela pa man ka. Ugma damlag makahuman ka, naa na kay trabaho maaring-arang na pud ta
• That is the beatitudes that Jesus is proclaiming in the gospel; as if Jesus is saying Don’t worry you suffer for now but you will be happy later on
• That is exactly what happened later. Nakalampos ang bata nag-abroad and she helped her parents at nakapag-asawa na rin
• In fact on the first birthday of her baby bongga kaayo ang celebration kay maka-afford na man
• Ang nanay na pud gihapon ang magsigeg pahinumdum, paghinay-hinay sa imong gasto kay lisod pangitaon ang kwarta; of course, naa man silay kaya
• Because the blessings have already arrived, the sacrifices have paid off and now they savor the joy of victory
• That is the beatitudes. It is a proclamation of a blessing for the future and such blessing depends how fast it will arrive according to our degree of sacrifice
• The KOG gives priority to the poor because they have very little in life or even nothing at all in this world
• It is humiliating to ask for a promissory every time there are exams. We can always be humiliated when we are poor because we have very little choice
• Can you just imagine if we live a life of poverty and destitution, sickness, hunger and suffering unya wala pa gyud kay makit-an nga kahayag bisan gamay na lang nga paglaum nga duna pay umaabot nga kaayohan?
• And that is why Jesus in order to give hope to those who suffer during his time in Palestine, they were under the Roman empire and the people are so poor; he proclaimed this message of hope especially the real, materially poor in this famous Sermon on the Plain
• Kung makadungog gani ta nga dunay mosaad nga moayo gyud ang imong kinabuhi ganahan man ta kaayo bisan sa pagkakaron naglisod kita sa atong adlaw-adlaw nga panginabuhi. Kay aduna kitay gilauman nga umaabot
• This is all so similar to what St. Paul said in the 2nd reading that we must not limit our hope in this life alone because there is still a resurrection
• Paglaum ang gihatag ni Jesus dinhi sa Beatitudes alang sa mga kabus
• You know, it is really very dangerous to say that poverty is blessedness or happiness because in poverty there is always suffering
• God never wanted us to suffer because our vocation in this world is to live a happy life because we have a loving God
• The 1st reading in Jeremiah teaches us that blessedness or happiness lies in relying on the Lord rather than on human beings
• Buot ipasabot nga samtang naningkamot kita nga molambo ang atong kinabuhi, imong kab-oton ang tanan pinaagi sa limpiyong mga kamot
• Ug nasayud na kamo kon unsa ang buot ipasabot niana

C. Challenge
• The challenge that the gospel brings us today is really to play our role to give comfort to those who are suffering even just a little
• Tell your children, your friends to be patient to be hardworking and industrious, to always save a percentage of their salary for the future
• The way we participate through our indirect contribution to those who are in need
• Even just to listen to a friend pouring out his heartaches and problems to you nakatabang na ka bisan naminaw ra ka kay makagaan man sa dughan kon adunay mamati kanato
• We are not super heroes here in this world to be able to solve all the problems of other people
• What is important is that we show compassion and that is already a kind of charity that we offer to alleviate the sufferings of others