Luke 13:22-30 21st Sunday in Ordinary Time August 21, 2022 Strive to enter through the narrow gate, for many, I tell you, will attempt to enter but will not be strong enough.

A. Text/Context
• In the context of the gospel today, Jesus has been preaching about the KOG in the towns and villages
• Then somebody from the crowd asked him: Lord will only a few people will be saved?
• And Jesus answered: Strive to enter through the narrow gate because many will attempt to enter but will not be strong enough
• Many will stay outside and there will be wailing and grinding of teeth as they see the personalities of heaven Abraham, Isaac, Jacob, and all the holy and the good people we know and even our neighbors whom we personally know
• And here you are, you are cast out of the door to the kingdom
• It is very sad that these words really come from Jesus himself. How much more can we really do in order to enter the KOG?
• We come to realize that entering heaven seems to become more and more difficult to happen
• But the gospel today is a reminder that if we want to follow Jesus we must practice discipline
• And the context is about the Jews who are the chosen people of God. As a chosen people they believed that one day they will have a share in God’s kingdom as reiterated in the 1st reading in the book of Isaiah
• That the Lord will gather them together from all nations and they will proclaim God’s glory in Jerusalem
• The problem with what they believed is that many among them do not follow what God wants them to do
• They violate most often what the prophets have taught them and worse, most of the prophets are killed because they do not want to hear what they heard
• So, there is a contradiction now; they want to have a share in the KOG, they believe, but they do not obey. Is that a discipline? The gate is narrow for them

B. Human Situation
• This is now where we situate ourselves that in entering the narrow gate of the kingdom there must be discipline
• And after the initial practice of discipline, we must also persevere in order to sustain and that is the harder part of the job
• Now, it appears that only those who are perfect will be able to pass through the narrow gate in order to enter the kingdom
• Well, if we will only stick to this gospel nobody gets to be saved because we all fail before God
• But God is also very considerate for the weaknesses and shortcomings of His people. If we repent for our sins, we will also be saved. So many will also be saved
• I remember the story of a man in Cebu. The man was formerly a hoodlum and he was really known during his youth by his notorious reputation
• He said that when he was young he’s been into drug pushing, hold ups, stealing, bank robberies, etc.
• And that made him very rich and he also became a businessman using his dirty money as capital. And so, he really became rich doing all the dirty business
• His working philosophy is that you do all things first no matter how bad in order to enrich himself and help others later when money is already in excess
• Now that he is old and gray, he begins to contemplate how to help the poor and the unfortunate; setting up a charity center for feeding the hungry street children in order to offset many of his guilts. He became very charitable and many people are happy with what he did
• But what is the problem with his actions? He is like Robin Hood! But Robin Hood is better because he steals and gives to the poor
• This man steals for a long time and now that he is already old he now helps others through the excess of his wealth
• This is not the kind of discipline that God wants us to do. Even if many people are happy now receiving his assistance, he still cannot equate it with all the pains and heartaches he caused to the people
• Can you imagine the consequences? A payroll clerk held up and the clerk paid for it in his entire life or could have been jailed
• Many people got into a lot of trouble because of the hold up, promises of payments not fulfilled, etc.
• The man’s business of drug pushing has sent hundreds of teenagers to addiction ending in jail or in rehabs, clearly their future is already destroyed
• I am very sure, no matter how many good things he did he still cannot pay all the crimes he did
• While God is so merciful, he is also very just at the same time. The man will be saved if he truly repents for all his wrongdoings because God is so merciful
• But the man also has to pay everything because of the justice of God
• So, we now understand why is it that the way to the kingdom of God is so narrow because of our selfishness
• The real discipline is that we work with clean hands and together with that, we help others according to our own capacity
• It is no longer pleasing before the eyes of God if we only extend help because we have so much money in excess
• That kind of help has no sacrificial element. No effort is actually done because there is no sacrifice in the disposal of your assistance

C. Challenge
• So today we are challenged that it is not really enough to give to others what we have because we no longer need it
• There must also be the sincerity and the sacrificial element that we exert that go with it
• We are challenged that we do not simply work, we must also work with clean hands through honesty ang good intentions
• We are challenged that we do not simply pray or attend masses on Sundays, we should always strive to put into practice what we believe
• In the end, God will be our judge, no matter how sinful we are, if we do acts of love and charity, many of our sins will be erased
• The narrow gate will now be wider, even before we attempt to enter into it. God will make it easy 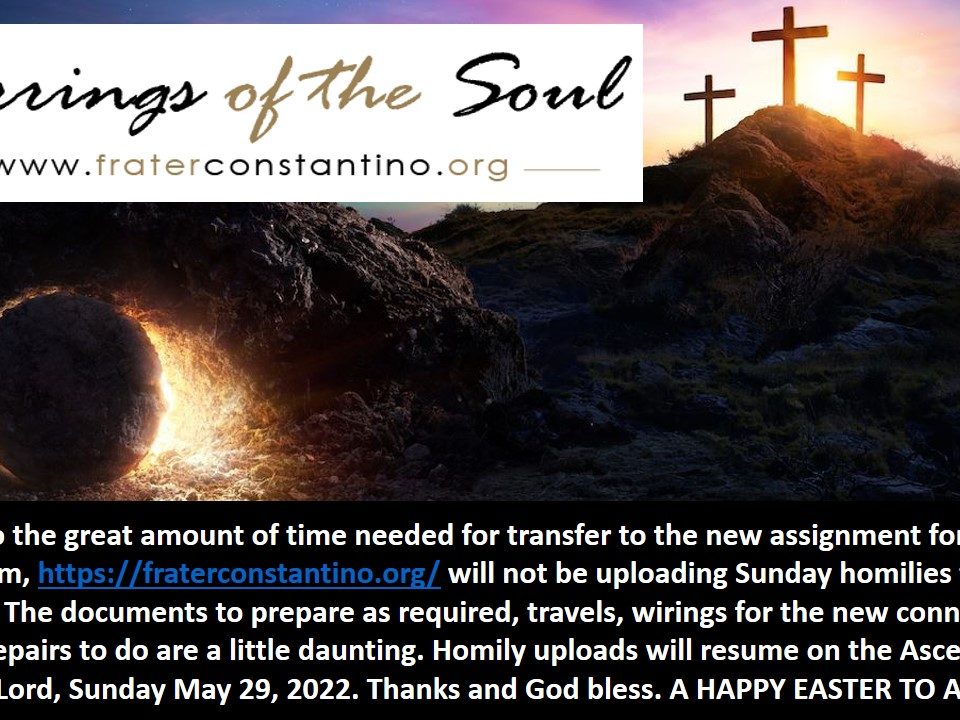 Due to the great amount of time needed for transfer to the new assignment for this triennium, https://fraterconstantino.org/ will not be uploading Sunday homilies for the moment. The documents to prepare as required, travels, wirings for the new connections, and the repairs to do are a little daunting. Homily uploads will resume on the Ascension of our Lord, Sunday May 29, 2022. Thanks and God bless. A HAPPY EASTER TO ALL. 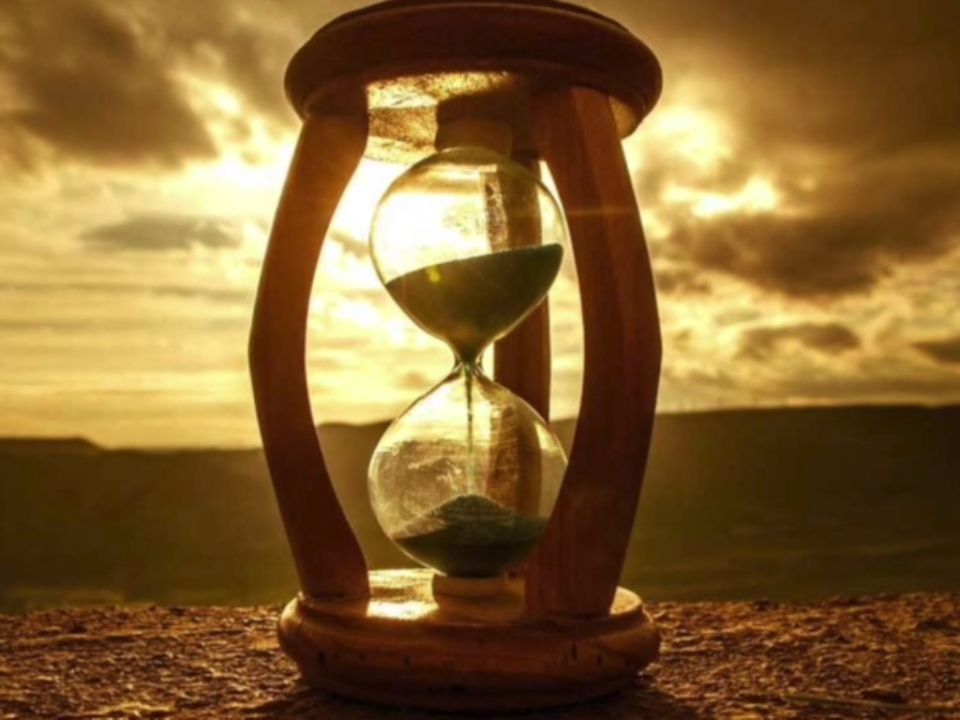 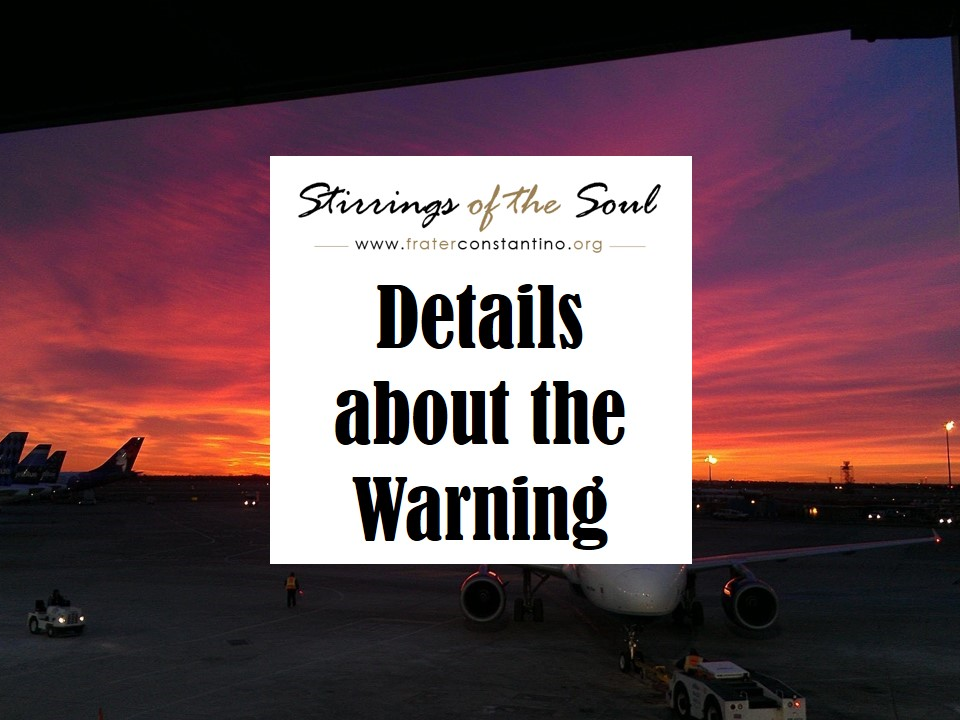