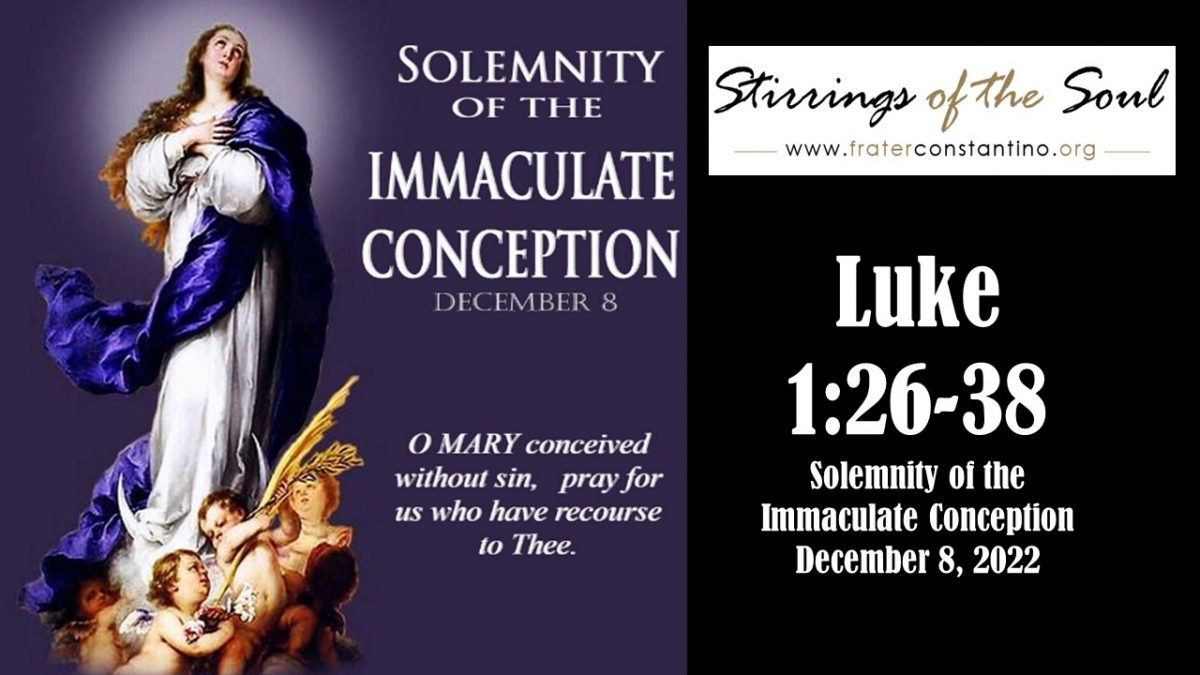 A. Text and Context
• The gospel that we heard just a few moments back does not tell us of the immaculate conception of the BVM
• Instead it talks about the conception of our Lord Jesus and that was the story of the Annunciation
• What is the reason behind? Because the Holy bible is very silent about the life of the BVM
• Why is it silent about Mary? Because the evangelist who wrote about the life of Mary was not included in the canons of the Scriptures
• The decision was made by the highest authorities of the Church during the Council of Trent in the year 1546
• And what was the name of the evangelist? It was St. James in his writings known as the proto evangelium of James or the 1st gospel of James
• There in the gospel of James are the details about the life of the Most Holy Mother
• It was not included in the canons of the scriptures but it is included in the traditions of the church in the so-called non-canonical or the apocryphal writings
• Daghan man gud ang mga gospels: we have the gospel of James, Thomas, Peter, Mary Magdalene, and even the gospel of Judas
• And so, to avoid confusion the Council of Trent has narrowed down the gospels into 4: Matthew Mark Luke and John
• Gisulti baya sa katapusan sa ebanghelyo ni San Juan nga Daghan pa kaayong mga butang nga gibuhat ni Jesus. Kon gisulat pa ang tanan, nagtuo ako nga ang tibuok kalibotan dili gayod paigo nga kasudlan sa mga sinulat
• Otherwise, the gospel of Thomas will also be included where it elaborates the life of Jesus as a young child and there will be confusion
• The gospel of Mary Magdalene will also be included and there will be more chaos and confusion in the Scriptures
• Sa ebanghelyo ni Santiago, tua tanan ang mahitungod sa kinabuhi sa atong Mahal nga Birhen
• And the Council of Trent was very wise in making the decision not to include it because of the situation at that time that there are already groups that tried to worship Mary as a God. Mga cultic groups

B. Human Situation
• St. Joachim and St. Anne are the parents of Mary. They were already old and they have no child
• They were very sad about their situation because childless couples are considered to be cursed by God. And so they were also being looked down upon by their own people
• Then comes the time that God has revealed to them in a form of a dream that they will soon have a child
• And not only that the child that they will soon conceive will become the mother of the Messiah and so Mary was conceived
• Remember that Joachim and Anne were already old so the conception of Mary was really something miraculous
• And aside from that Mary was conceived without sin and that is even more mysterious and more miraculous
• Why is she conceived without sin? The answer lies in the prayers of the Tota Polchra sang by the religious every Saturday
• That the Virgin Mary has benefited in advance from the sacrifice of the cross
• Exempted si Maria sa sala bisan nakasala ang iyang mga ginikanan kay giandam na siya sa Ginoo to be the mother of God
• Kay ngano? Pagkamatay ni Jesus sa krus naluwas ang tanang katawhan apil na si Maria
• Pero ang gihimo sa Ginoo gihatag na niya in advance ang kaluwasan kang Maria. This is a very beautiful theology forwarded by a Franciscan. Usa ka Franciscano nga sama namo nga si John Duns Scotus (Fr. JDS)
• That is why I used that pen name sa JTM, Fr. JDS because I love John Duns Scotus for what he did to the Holy Mother
• Mary is conceived without sin by letting her benefit in advance from the sacrifice of the cross. And it was accepted by all the hierarchy of the Church
• In other words Mary was already forgiven and saved even before she was born
• To put it simply, nag cash advance na ang Ginoo para bayaran ang utang nga wala pa utanga. This is not possible for Mary but it is possible with God
• We are very proud tungod sa usa ka Franciscano nga si John Duns Scotus. It was the most brilliant explanation of the Immaculate Conception nga gidawat sa simbahan until it was declared a dogma in 1854
• Still, many people doubted about the dogma until the year 1875 when the BVM herself came down from heaven and appeared to Bernadette Sobirous in Lourdes France and she told Bernadette I am the Immaculate Conception
• The apparition in Lourdes has concretized the faith of the Immaculate Conception on all the Catholics all over the world
• That is why today is a holy day of obligation. Kung hindi tayo maniniwala sa Immaculate Conception we can be ex-communicated by the Church
• Because if we do not believe in Mary’s Immaculate Conception it is tantamount to not believing in the redemption given by Jesus
• If you listen intently on the 2nd reading it says that Jesus is without blemish mao nga kinahanglang wala poy mantsa ang manamkon kaniya
• In the 1st reading it was through the woman Eve that sin has entered the world and blemished humanity
• And so it is also through the woman Mary that redemption has entered the world. The Late Pope John Paul II calls Mary as the modern Eve
• So, we stop theologizing now. I took pains in explaining the Immaculate Conception because it is so important for us as Catholic Christians
• Because of the IC of BVM, Mary is given the power to crush the head of the beast and God will triumph in the end

C. Challenge
• What will now be the challenge of today’s celebration?
• I will go the Most Holy Eucharist. Because the Eucharist is the living witness of Mary’s Immaculate conception who shared her immaculate flesh to become the flesh of Jesus also
• The flesh of Mary is also the flesh of Jesus. And the bread in the holy communion that we partake is the continuity of Mary’s witness as the Immaculate Conception
• No more only that. Always bear in mind in the Holy communion that as we receive Jesus Mary is also there