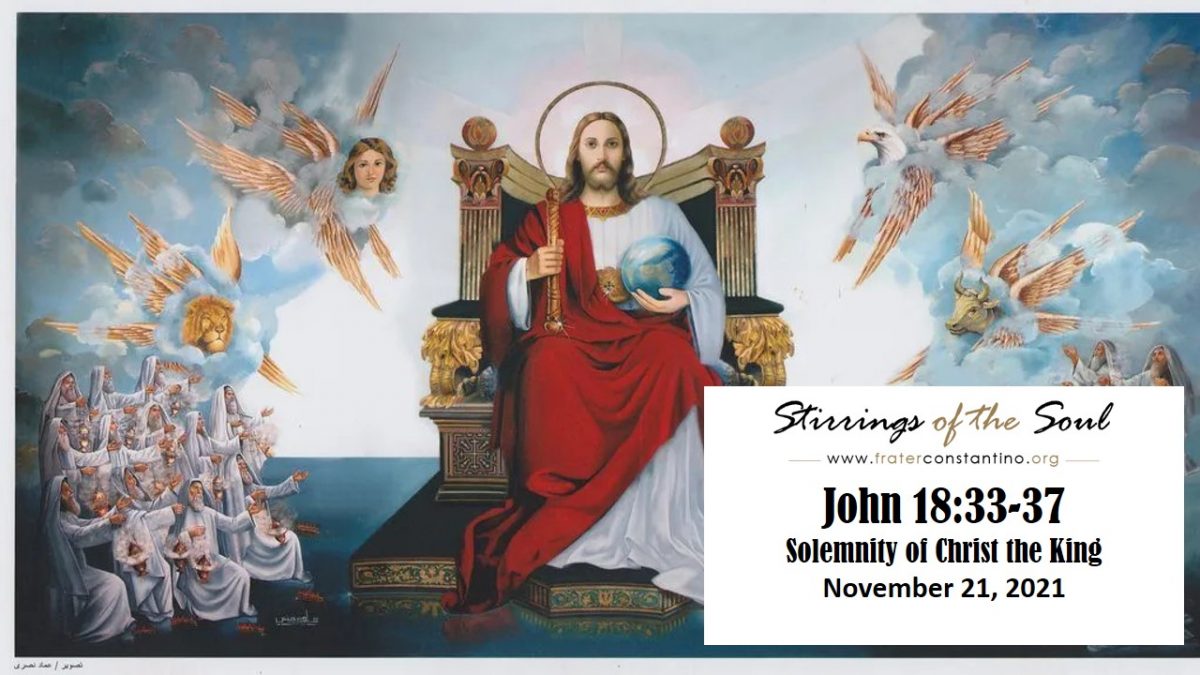 A. Text and Context
• Our first and second reading tell us of Jesus the king in the majesty and splendor in the triumph and glory of the heavens but our gospel tells us of an encounter between Pontius Pilate and Jesus
• Jesus is accused of blasphemy by his own people because he proclaims himself king because he also rules a kingdom different from that of imperial Rome
• But the scene in the court drama turns out a different result. Pilate the judge knows very little of Jesus
• When Pilate asks the question: Are you the king of the Jews? Jesus would answer with another question: Do you say this on your own or have others told you about me?
• The ignorance of Pilate is exposed because he does not know anything about Jesus nor does he care much about the faith of Judaism
• Pilate answered: I am not a Jew, am I? Your own people and the high priests handed you over to me. Pilate defends himself. He is now the defendant
• There is a change of roles. Pilate is now the one on trial
• Pilate again asks: What have you done? Jesus answered: My kingdom does not belong to this world. And Pilate was confused with this answer
• Then finally Pilate asks: Then you are a king? Jesus answered: You say I am a king. For this I was born and for this I came into the world to testify to the truth. Everyone who belongs to the truth listens to my voice
• Then the judge Pilate was even more confused with the answer of Jesus and so he declared him innocent of treason and rebellion
• They could loose their jobs if Jesus will not be sentenced to death because Jesus gives fullness to the meaning of the law and so their intelligence is tested to the limit
• Their ego, pride, and vanity are hurt. If Jesus will remain alive, the people will declare him as the new king
• The same thing with Pilate, if he affirms that Jesus is indeed a king with a worldly kingdom he will be killed because he is a political threat
• King Herod will kill him also because it will be a usurpation to his throne. But Jesus said his kingdom is not in this world. This confuses Pilate so he washes his hands and declares Jesus innocent
• But, Jesus still receives the death sentence because the people cried for blood. Instead of releasing him as a provision in a Passover practice, another criminal Barabbas was given the privilege. He was made an exchange for the criminal
• Our hero Jesus has no chance of winning in the case ever

B. Human Situation
• One of the most beautiful mysteries that we have in our Christian faith is the mystery of the incarnation. And today as we celebrate the feast of Christ the King we commemorate the time when the king of heaven became a man here on earth
• This feast is a story of a king who abdicates his throne in heaven in favor of a kingdom that he will build in every heart of humanity whose only foundation is love and forgiveness
• This is a story of a king who sets aside his crown of diamonds and scepter of precious jewels in favor of humility and total service to his very own creature, the human being
• This is a story of a king who disrobes himself with his vestments of gold, comes down to earth to be born of the Virgin Mary in Bethlehem, allows himself to be wrapped in swaddling clothes to become a human being like us, in flesh and blood
• And there is no other motivation why he did all this. All because of such a tremendous love he has for all humanity
• My brothers and sisters, perhaps, the most impressive act of love that God has ever shown to all the people of the world to see is the humility of God himself unfolded in the mystery of the incarnation: the making of a God into a human being
• This is the mystery that haunted devout Christians throughout the centuries. The saints and all the holy people throughout the ages were struck dumbfounded in their moments of meditation and contemplation how can such a majestic and supreme God could ever do such an awesome act of humility

C. Challenge
• Why then that God has chosen to humble himself when he came to the world rather than showed himself in the clouds as the glorious king with legions of angels?
• Because he wants to reconcile with the people of the world. He wants to show to the world that humility is the key to a total reconciliation
• It was the sin of pride that drove people to damnation. And it will be the virtue opposed to it that will restore back our friendship and harmony with God
• You see, Pilate never had the chance to decipher the truth that Jesus talked about because he is simply engrossed with his own self-righteousness
• He never had the humility to understand and accept the truth about Jesus and this blinds him to a right judgment
• The high priests, the scribes, the Pharisees were all engrossed with their own intellectual capacities, the power of their own intelligence and so they were never open to the truth in understanding the real meaning of the law, the real meaning of the kingdom
• They never have the humility to accept the wisdom of Jesus and these things also blind them to accept Jesus as a king
• What is the reason, why is it that we now live in this world full of troubles? Because the world has forgotten the virtue of humility
• In our daily life as Christians, it is the same thing, in the absence of humility, we will not move forward and grow in love and charity
• If the leaders in an organization will not have the humility to be transparent in their transactions, if they do not have the humility to accept shortcomings in their decisions, no humility to accept suggestions from the rest of the group, such organization is doomed to fail from the very beginning
• Even in the practice of our skills and expertise in our chosen profession, if we do not have the humility to recognize that the others just can simply do better than us; our motives of achieving for the best will only be colored with competition
• We will not work to achieve a common good; we will compete and outwit the better ones. Fame and recognition will be the only agenda; true service is out of the question
• Humility is the banner of all virtues. From humility all the other virtues will spring forth from it
• My brothers and sisters, in this feast of Christ the King we are reminded to emulate the virtue of humility that Jesus himself did through the mystery of his incarnation
• Humility is powerful because it shatters even the most arrogant of sinners
• Humility destroys pride and without the humility to accept that we can always be wrong, we will never attain conversion
• The challenge is to start now because even the most formidable of all the proud will be shaken by our humble act
• Humility makes the sin of pride crash to a painful defeat 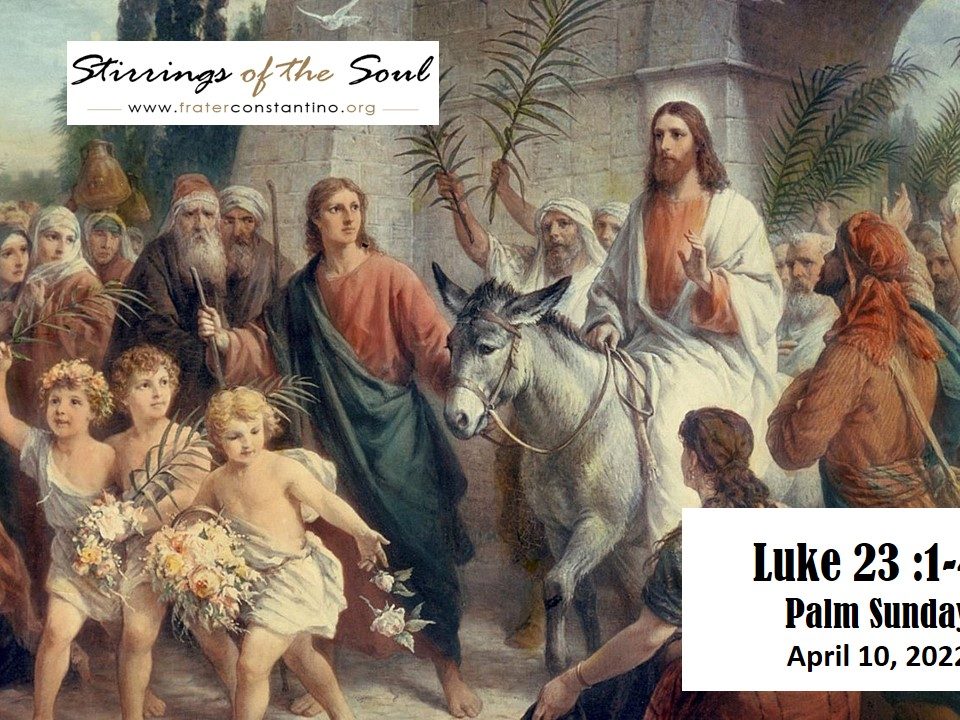 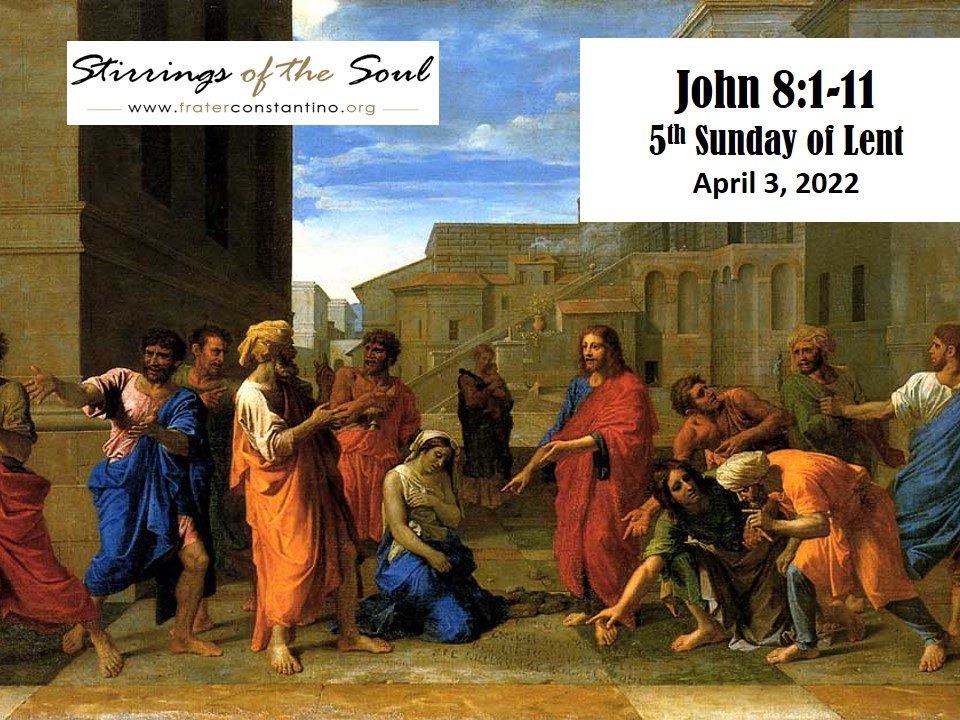 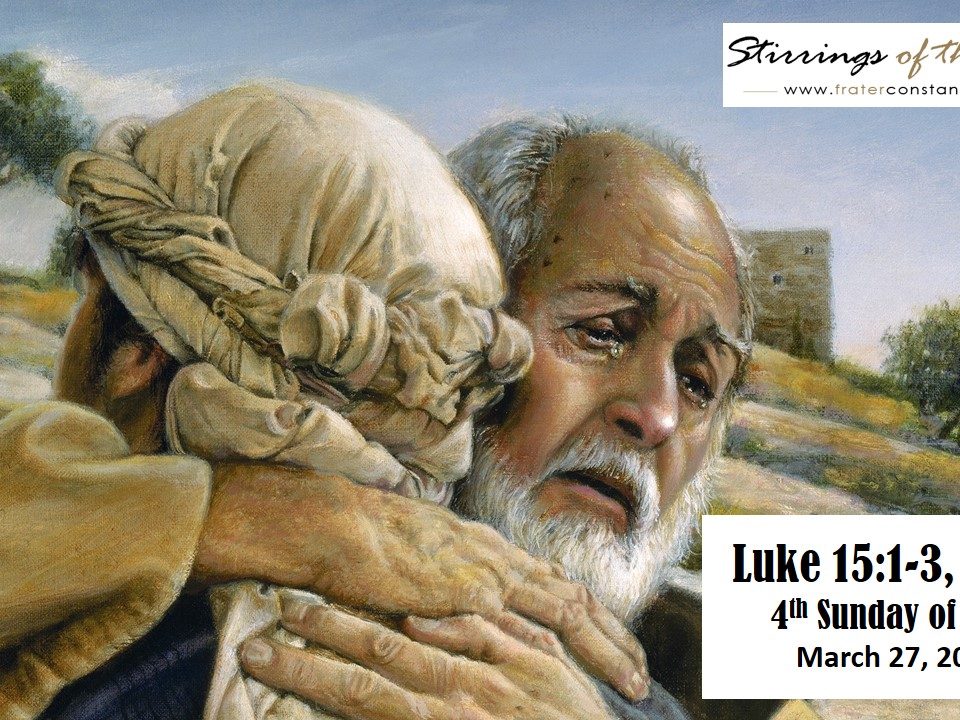